Muslim Women (Protection of Rights on Marriage) Bill, 2019:
♦ With the passage of Muslim Women (Protection of Rights on Marriage) Bill, 2019, the declaration of triple talaq will be punishable and police can arrest an accused without a warrant.
♦ The Bill provides a jail term to a Muslim man for the crime that prohibits divorce by pronouncing talaq thrice in one go.
♦ The Bill also states that if a woman misuses the law, the man should have the right to appeal.
♦ The aim is to prohibit the practice of instant divorce by Muslim men.

Prakash Javadekar, Union Minister of Environment, Forest and Climate Change (MoEF&CC) participated in the 6th BRICS Environment Ministers’ Meeting under the presidency of Russia along with the Environment minister of Brazil, Russia, China and South Africa over a virtual platform from New Delhi.
ii.The BRICS nations called the initiative to improve the environment and promote the circular economy in national plans for economic recovery after COVID-19.
About BRICS:
Presidency– Russia (India will assume the Presidency of BRICS in 2021)
Members– Brazil, Russia, India, China and South Africa
Establishment-2009
Theme for 2020- “BRICS Partnership for Global Stability, Shared Security and Innovative Growth”.

i.The Small Industries Development Bank of India (SIDBI) in association with TransUnion CIBIL has launched a comprehensive financial education and one-stop knowledge platform for micro, small and medium enterprises “MSMESaksham”, which will guide MSMEs (micro, small and medium enterprises) seeking quick access to finance and will also support them in managing their credit obligations.
ii.The portal will have a consolidated list of all the schemes launched by the Centre and state governments for MSMEs.
About SIDBI:
Chairman and Managing Director (CMD)– Mohammad Mustafa
Headquarter– Lucknow, Uttar Pradesh (UP)
About TransUnion CIBIL:
Headquarter– Mumbai, Maharashtra 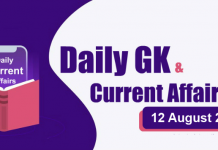 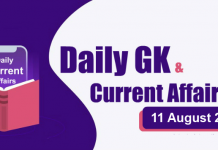 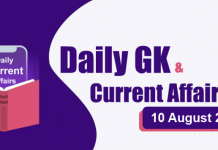