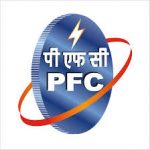 PFC has been designated by Govt. In order to ensure effective implementation of IPDS, as well as the ensuring Scheme,PFC is looking for an officer from Indian Administrative Service(IAS)/Civil Services for appointment on deputation basis to the post of Executive Director (IPDS). The Officer should be well versed with Power Sector developments particularly in the project planning, implementation and monitoring in Power Distribustion. The Officer should have minimum 12 years of experience in the sevices and should be holding at least a position equivalent to Director in Govt of India.

TERMS & CONDITIONS OF DEPUTATION
1. During the period of deputation, the Government officers on deputation to CPSE will continue to draw the salary including pay, perks & benefits as per their entitlement in the parent Department. He/She shall not be entitled for any other benefit including PRP from the borrowing organization except the facilities linked with functional requirements.
2. The period of deputation initially shall be for a period of two years, which may further be extended for a maximum period of three years on mutual consent of company and the lending organization. Total period of deputation shall not exceed five years in any case.
3. The contribution on account of Provident Fund, leave salary, Group Insurance and pension will be paid by the Corporation at the rates as intimated by the Lending Department and accepted by the Corporation, as per rules. All the contributions to which he/she contributes may be recovered from his/her salary and remitted to the Accounts Officer of the lending department every month.
4. For journeys in connection with his/her duties in the Corporation, the Travelling Allowance Rules of the Corporation will apply to him/her.
5. The borrowing organization shall extend medical facilities to the deputationists not inferior to those which are admissible to an All India Services Officer of the same status under Central Government rules on the subject.
6. He/She will be entitled to TA and joining time both at joining the post on deputation and on reversion there from to the parent department under the rules of the Corporation. The expenditure on this account will be borne by the Corporation.
7. Leaves rules of his/her parent department shall be applicable.
8. As and when a situation arises for premature reversal to the Parent organization of the deputationist, his/her services could be returned by borrowing organization even before the end of scheduled deputation period.
9. The period of deputation will begin from the date of relieving in the parent organization/department and end on the date of taking over charge in the parent organization/department after reversion from deputation.
10. He/she will be entitled to Leave Travel Concession from the PFC on the scale and conditions as applicable under the LTC rules of his/her parent department as PFC has no Scheme of LTC in operation as on date. The expenditure of LTC so availed shall be met by borrowing organization.
11. He/she will be entitled to claim Children’s Education Allowance/reimbursement of tuition fees in respect of his / her children from the Corporation, as per rules, applicable in this parent department.
12. Over payment, if any, made by the Corporation will be recovered from him/her even after expiry of the term of Foreign Service.
13. He/she will be liable to be posted in the Headquarters office at Delhi or any of the offices of Power Finance Corporation Ltd. in any part of the country.
14. Pay fixation on deputation to PFC will be as per PFC pay fixation rules. Employees on deputation will be eligible for deputation allowance as notified from time to time.
15. Other terms & conditions of deputation not provided in the DoPT guidelines on the subject matter the services of Deputationist shall be governed by the rules of borrowing organization.

Note:
The suitable Officers may send the application along with their dossiers, ACRs for the last 5
years and vigilance clearance latest by 21.10.2020.

If you are B.E/B.Tech Fresher - Apply Now 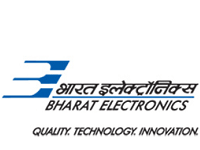 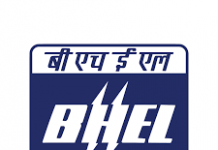 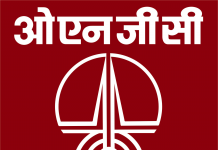